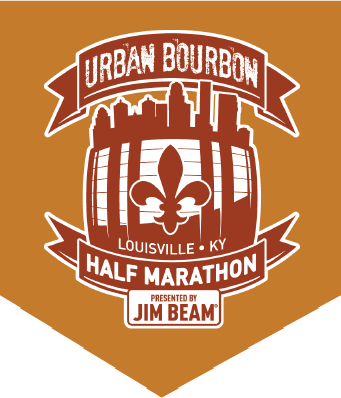 Louisville, Ky. – May 9, 2019 – The Louisville Sports Commission’s (LSC) 2018 Urban Bourbon Half Marathon presented by Jim Beam® was named Event of the Year by the National Association of Sports Commissions (NASC). The announcement was made yesterday by NASC President & CEO Al Kidd at the organization’s annual conference in Knoxville.

“For the Urban Bourbon Half Marathon to be selected as the best event in the country by our national trade association as voted on by our peers and sports events experts is both humbling and rewarding,” said LSC President & CEO Karl F. Schmitt, Jr. “Our team works tirelessly to deliver great experiences for event participants, and we appreciate the support from our community partners and sponsors.”

The 2019 Urban Bourbon Half Marathon (UBHM) will be held October 19 and pays tribute to the Commonwealth’s signature industry by wrapping Kentucky bourbon, food and entertainment around a world-class half marathon. The 13.1-mile course pours through the settings that make Louisville, the Bourbon City, unique and showcases 200 years of bourbon heritage and culture. The course starts and ends in downtown Louisville and winds through the fall foliage along the Scenic Loop in Cherokee Park.

Registration for the half marathon, which currently is $85, includes admission to the Urban Bourbon Bash at Fourth Street Live! featuring bourbon tastings, beer, pizza, a three-hour concert by Louisville Crashers and more. The Urban Bourbon Bash recently was named one of the best after-parties in the country by Runner’s World. Participants in the UBHM and others wishing to join in a unique entertainment experience can score a custom-made, collectible cloisonné pin by taking part in the Urban Bourbon Walk in downtown Louisville on Oct. 19.

For the complete registration schedule and special event offerings for the UBHM, visit UrbanBourbonHalf.com. The half marathon is intended for those age 21 and older, which means runners must be 21 on or before Oct. 19, 2019, to register.