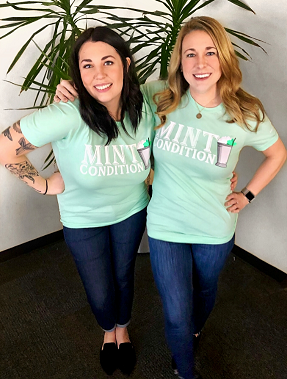 LOUISVILLE, Ky. (March 30, 2018) – The classic Bourbon cocktail of the Kentucky Derby season – the mint julep – will be celebrated in style this April as Bourbon Country® has partnered with Garden & Gun magazine for a month long, nationwide promotion.

The Louisville Convention and Visitors Bureau introduced the concept of Mint Julep Month® for the first time in 2013 as a way to draw attention to the city in the spring and create excitement for the coming Derby season.  For the sixth straight year, Mint Julep Month® will kick off in Louisville on April 1 and businesses all over town, including the stops along Louisville’s Urban Bourbon Trail, will offer Mint Julep specials, culinary treats, themed retail items and events including a free celebration at the Louisville Visitor Center on April 13.

This year, bars and restaurants nationwide will join the Louisville-born celebration under the curation of Garden & Gun and Maker’s Mark®, and will toast Mint Julep Month® with custom cocktails and special events in various cities including New York City and Charleston, SC.

An additional “green” component to the promotion is a call to action. In conjunction with Mint Julep Month®, Garden & Gun and Maker's Mark® challenge participants to use paper straws rather than plastic to make a lasting positive difference for the environment. Locally, the Urban Bourbon Trail stops will be serving their mint juleps with mint-colored biodegradable straws.

Since the 1800s, the mint julep has been one of America’s most iconic cocktails. The straw used in the cocktail has become every bit as iconic, making it the proper way to drink a mint julep.  In fact, the paper straw was patented in 1888 by Marvin C. Stone who had the idea while sipping an inferior mint julep with a rye grass straw. Paper straws of the 1800s then evolved into modern plastic straws that contribute heavily to plastic pollution in our oceans and waterways.

More information, including a comprehensive list of Mint Julep Month® specials and events can be found at www.gotolouisville.com/mintjulepmonth and www.mintjulepmonth.com. Social media promotions will happen regularly throughout the month on Twitter and Instagram using the hashtag #mintjulepmonth.

Since 1968, the Louisville Convention & Visitors Bureau’s (LCVB) primary goal has been to enhance the area’s economy through tourism development - to promote and sell Louisville as a world-class destination. Tourism is the third largest industry in Louisville generating an estimated economic impact of $3.5 billion which supports over 27,000 local tourism-related jobs. Guests are coming from around the globe to attend a meeting, convention, special event, as a leisure guest or a combination.  More than 16.4 million visitors are experiencing Louisville’s authenticity, bourbon and culinary scenes and our unique brand of Southerness. The LCVB was one of the first Destination Marketing Organizations in the country fifty years ago and was one of the first to become accredited in 2006, by the independent, international standards program developed by the Washington, D.C. based Destinations International.