In many places, a bar stocked with more than a dozen bourbons could be considered “a bourbon bar,” but not in Louisville, not in Bourbon Country.

The city’s bourbon heritage dates back to 1774 and continues to evolve to this day. One of the most exciting evolutions is the growth of restaurants celebrating bourbon in their cuisine, cocktails, décor and on the bar shelf. Many of the stops along the Urban Bourbon Trail exude a sense of history and connection to bourbon, while others put their own modern twist on America’s only native spirit.

Yes, they have at least 50 bourbons on the bar, some as many as 170, but it’s the stories, atmosphere, food and well-trained staff that set them apart.

Urban Bourbon Trail Founding Members
Five locally owned and operated bars and restaurants have been proud members of the Urban Bourbon Trail since its inception in 2008. Those include The Bar at Blu, Bourbons Bistro, Brown Hotel Lobby Bar, The Old Seelbach Bar, and Proof on Main.

View all the members of the Urban Bourbon Trail below: 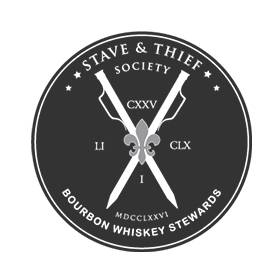 * Stave & Thief Society Bourbon Certification is a premier training and education program established to promote and uphold bourbon’s unique and distinguished culture through hospitality channels by preparing establishments and individuals to deliver on the promise of the authentic bourbon experience. For more details: www.staveandthief.com